Along the Hillsborough river is a fantasy landscape of twisted trees and logs like something out of a Sonic the Hedgehog game. There are several hollow stumps with the holes extending well below ground level, reminiscent of volcanoes. One tree grows across the path in such a way to make a neat bicycle jump. One gigantic hollow tree has a bumpy, swollen base. One tree wears a tutu. This is obviously where God stashes his oddest sculptures.
If inclined, stop by the interpretive center on site. This is an unmanned one-room museum of the second Seminole War here in Florida. There is a map, a timeline, and many artifacts, including a spoon, a fork, a toothbrush, shoes, and some swivel shot – miniature cannonballs (about 1.5 inches across) meant to be shot from guns able to be quickly swiveled around. There is even wood from a burned bridge. The Seminole were patient and clever fighters that used the swampy terrain and subtropical climate to their advantage, but they eventually lost to superior numbers and superior firepower. Also, the Floridians sometimes approached under the guise of truce in order to kidnap chiefs. Of course, the Seminole were no angels either; they even kept slaves. 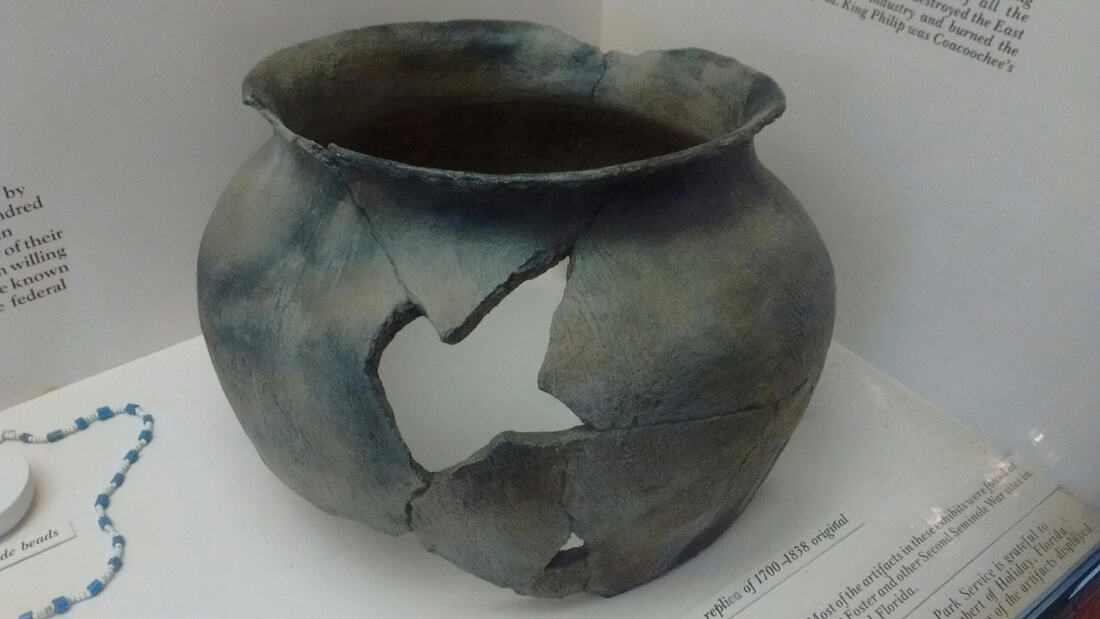 The Hillsborough River is home to many turtles, flies, bees, dragonflies, moths, and beetles in every color. There is also a pool, picnic area, and store. Beware of mosquitoes.